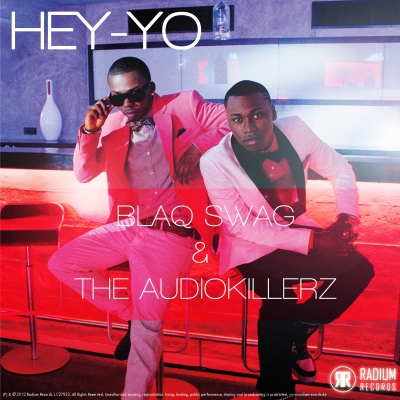 Radium Records is back with a new chart stormer!

In September 2012 the time has come: With the launch of their new single “Hey – Yo”
the band Blaq Swag will “wow” their fans! Starting this autumn, for the next few
months several gigs are planned in the most “happening” clubs in Germany. While
born in the USA, both artists Jay O. Ay and Januliss P. spent most of their youth in
Germany and therefore want to release their new single here. At the same time, Blaq
Swag is working on their first studio album together with the “Radium Records” label.
Blaq Swag represents an unusual new style that the band describes as „Gentleman
Rapper Style“. Their individual “Gentlemen Rapper Style” together with extraordinary
creativity, great ideas and hard work is the recipe for success for this duo. No baggy
pants or profanity, but danceable melodies with good texts. Chic outfits and carefully
engineered optics are important to them.

House and HipHop are among the most popular music styles among young people. It
is exactly these two which are combined in an exciting way by Blaq Swag in their
single “Hey – Yo” – hit potential here is virtually guaranteed.
Jay O. Ay & Januliss P. has gained a lot of experience in the music scene: For
example they provided tour support for Snoop Dogg, Jeremih and other US-stars.
Moreover they have played in several musicals and TV-shows. At only 21 and 22
years of age they have already done more than 50 shows and gigs.
The music video directed by video clip icon Dirk Hilger, supported by the producer
team “The Audiokillerz”, shows the fascinating new style and brilliance of the rappers
Blaq Swag.

„Really ingenious, these guys” – such charisma and talent on the stage made it easy
for us to to decide to manage Blaq Swag. They fascinate anyone who listens to
them!”, says Jerome Voland and Benjamin Korth from “Allure – Die Künstleragentur
(The Artists Managers)” in Germany.

Tagged under
More in this category: « "ME & YOU" "DICKE SCHUESSEL" »
back to top
RR Tracks